When you think of competitive games, you probably don’t conjure up images of turn-based games to start out. But you would be remiss in overlooking one awesome title that is just that – and for the PC, no less.

Of course, we’re talking about the classic Worms, a multiplayer competitive game that gives players control over cartoon worms dressed as guerilla fighters and unleashes them on one of many different battlefields. Oh, and just in case the concept wasn’t crazy enough, your worms employ all kinds of cartoon mayhem-style weapons from oversized rockets to napalm. Did we mention that the arenas are destructible and typically drawn from a similar cartoon universe?

That’s probably the best way to describe the graphical approach Team17 took with worms. It has the look and feel of a Saturday morning cartoon with the weaponry to match with audio from a Warner Bros. cartoon sound board. Music, at least what is there, is spartan and serviceable. Worms, much to its credit, focuses on the hardcore meat-and-potatoes of a video game so don’t expect to find a bunch of extraneous story or filler here.

As you can imagine, you win by eliminating the other team’s cadre of worms. You do this by destroying the environment around them and knocking them into the pit underneath the stage or taking away all of their health through subsequent attacks. You can have a player versus a computer, or a player versus player with multiple teams competing against each other.

Developed by Team17 and published by Ocean Software back in 1995, the series has gone on since to spawn multiple titles.

Sporting 50 weapons to choose from and time-limited turns, Worms is very much strategic even though its appearance would make it seem like it isn’t. The game is really easy to pick up and most people shouldn’t have a hard time figuring out its mechanics. It truly shines, however, when two really know what they are doing.

Eventually getting a release on nearly every console available during its day, Worms became a bit of a cult classic in the early 2000s on college campuses that took advantage of the game’s robust multiplayer mode. Back in the days before pre-made online lobbies and matchmaking, getting a bunch of people together for an online game had challenges. Worms makes this easy to do and so simple, in fact, that it is one of the first games many people played online in a multiplayer format. 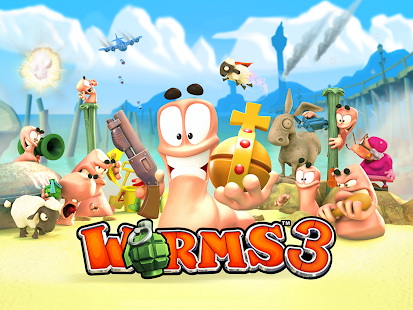 It even had a release on the failed Atari Jaguar platform. And here’s a fun fact: Worms is the last officially licensed Atari game for an Atari system ever made.

Continuing today in updates to its graphics and basic structure but leaving the core intact, Worms is a bit of a tradition in gaming quite like Madden or FIFA. You know what to expect and it delivers, consistently, every time. Players looking for an oddly competitive but charming, zany multiplayer game need to give Worms a shot.