The year 2007 was a strange one for video games. Lurking between the end of the PS2 era and the beginnings of the Xbox 360 and PlayStation 3’s reign, console gaming was in a somewhat in-between stage, not to mention the launch of the Nintendo Wii which really shook everything up.

On the PC side of things, everything was business as usual – flagging profits, rampant piracy, and amazing games. Services like Steam were not quite as prominent as they are today. For better or worse, Steam has become an integral part of PC gaming, and has helped spur the development of a robust indie scene and varied multiplayer segment in the process.

One thing you can’t say about 2007 was that it was a year laden with sequels, although this would have probably helped its otherwise stark offerings. A quick glance down the release list for 2007 reveals slim pickings and definitely indicates the transition between console generations. That said, the year is not without merit and a few titles, 10 in particular, stand out from the rest as being exemplary games from 2007.

One of the name brand series in PC strategy games, Europa Universalis is for Civilization fans that need that extra bit of “reality” in their simulation. Emulating everything from royal family to trees to diplomatic relations between nations, Europa Universalis III is definitely a game that rewards the PC gamer with a long term vision. Incorporating statecraft with fun gameplay isn’t an easy task, but thankfully it is one that Europa Universalis III handles with ease. This game, however, is definitely not for the uncommitted or the strategy game tyro. The length of your playtime mainly depends on the consequences of your actions, and the game’s difficulty rests largely on which leader you choose as your starting state. While you can pick well-known kingdoms like France and England, Europa Universalis III also lets you test the waters of a Greater Burgundy or an imperial Silesia. There’s really so many different directions every game could go that this game is truly a masterpiece of form and replayability. Perhaps more than any other title on this list it has aged gracefully and feels just as pertinent today as it did upon release in 2007.

Sega’s long-running Virtua Fighter series has not had an update since 2007’s fifth installment, and that’s just fine in the eyes of some fans. Virtua Fighter was one of the first games to bring 3D fighting to the fore when it hit arcades at the peak of the Street Fighter II/Mortal Kombat craze. Another distinguishing factor that makes Virtua Fighter different from other games is its emphasis on technical aspects of gameplay over flash and pizzazz. Featuring a roster of largely standard fighting game characters, Virtua Fighter also largely eschewed a narrative focus in lieu of a gameplay centric execution – again, to the joy of some and the chagrin of others. Games like Tekken owe a lot to Virtua Fighter, and the fifth game might just be the best in the series. While Sega has not made any mention of an update to the iconic Virtua Fighter series, Virtua Fighter 5 was a pretty high note to leave. There’s little doubt, however, that Sega’s Virtua Fighter would be a potent entry in the competitive fighting game genre when (and if) it ever returns.

Grand Theft Auto enjoyed a renaissance on the PlayStation 2 that has yet to be replicated on any other system, and likely never will be. Grand Theft Auto: Vice City took players to a fictionalized beach metropolis inspired by 1980s Miami. Not only was the game a narrative masterpiece but it was also an amazing, awesome game. Taking everything that Grand Theft Auto III did and adding a little bit more to it was just the right formula for this game series, and Vice City Stories, the continuation of the Vice City original, is too good to pass up. While 2007 is largely filled with strange entries, an appearance from the Grand Theft Auto series always means goods things and, in the case of Vice City Stories, it has good things in spades.

God of War, Sony’s brutal and visceral weapons-based beat ‘em up game, was a huge success upon its release. Combining button mashing, knuckle-breaking gameplay with a cool narrative that Michael Bay would envy only made God of War that much more of a blockbuster hit. God of War II largely follows in the tradition established by its forebear and offers a little more of everything – more story, better graphics, and buckets of gore. That’s one thing that you have to take along with the God of War experience – a ton of blood. Some players appreciate it, others think it is a bit overkill. One thing is certain – everyone knows Kratos, the protagonist, is a no-holds-barred badass that takes no prisoners and doesn’t want to anyway. The God of War reboot largely brings the series back to the gameplay made so popular on the PlayStation 2 originals, all of which are still classics even judging by the standards of today’s action games.

The Nintendo DS entries for the Pokemon series largely continue the traditions of the other games while adding better graphics, sound, and more story to digest. These are all good things and players have little to complain about with Diamond & Pearl. Neither game really pushes the series into hard new territory but both are quite revered classics for the DS library. One thing that players never seem to tire of is the collecting and trading of Pokemon, a feature of the game made all the more easy by the Nintendo DS’s ability to interface with other units. What was once a hassle was now a breeze and the DS iterations of the Pokemon games really showed that Nintendo was thinking outside of the box even way back when.

A beautiful 2D game that is almost ethereal to behold, Odin Sphere is a classic for the PlayStation 2 that looks like what people would have expected games of 2007 to look like back in 1987. Featuring animation that would make Disney envious, Odin Sphere also has deep gameplay mechanics that combines the best of an RPG with a side scrolling game. The storyline is awesome and the score is beautiful. Overall, this game signals the cinematic, epic shift the video games industry underwent in the PlayStation 2 era. Now taken for granted, video games were not always such focuses of production and execution on multiple levels. That relatively small releases like Odin Sphere overflows with this spirit just demonstrates the advancement of the form across all genres. 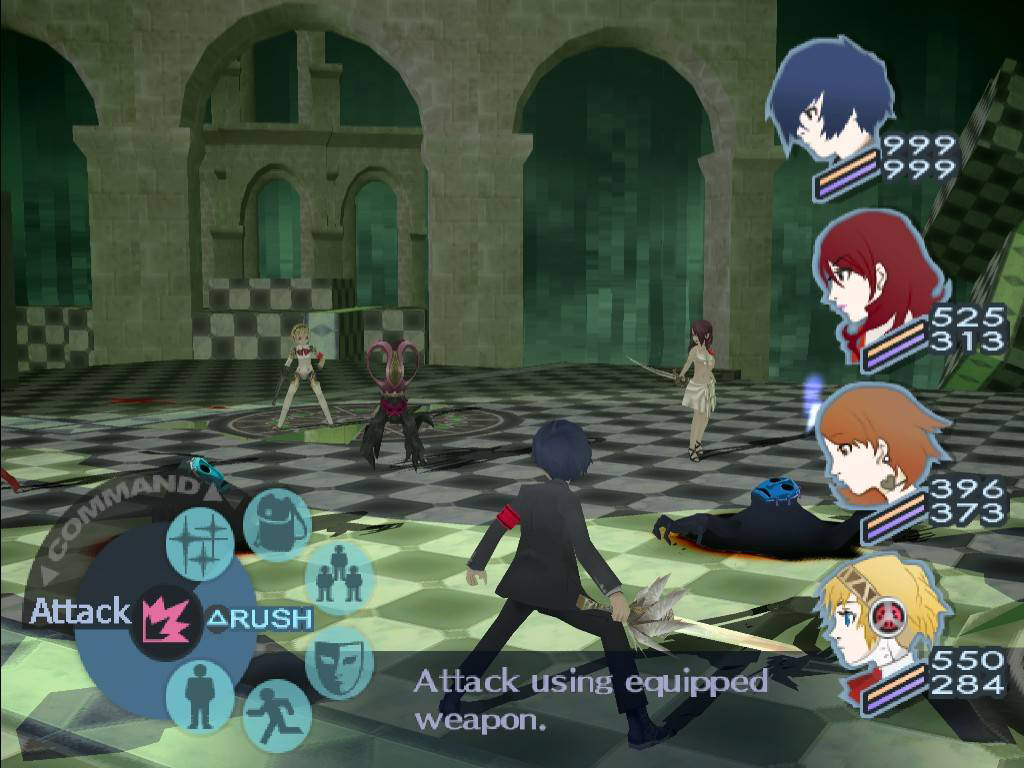 The Shin Megami Tensei games are some of the hardest JRPGs you’ll ever play, and that also makes them some of the most rewarding. If you enjoy thick narrative and traditional role playing game mechanics, then Shin Megami Tensei: Persona 3 is perhaps the peak of the form on PS2. Cited by fans as one of the best games in the series, Persona 3 really did a lot to break the Persona sub-series out from underneath the mother brand of Shin Megami Tensei. Now Persona is enjoyed by itself and is on par with its forebear, but this wasn’t always the case until Persona 3. If you’re a fan of high-quality JRPGs, you owe it to yourself to play Persona 3.

More by us:  Grand Theft Auto vs Saints Row 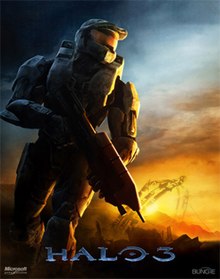 Probably the most epic of the blockbuster releases to come out this year, 2007’s Halo 3, the long-awaited sequel to Halo 2, hit stores and sold like hotcakes. Never before since the invention of sliced bread has such a market commotion kicked off, and the video game industry was never the same since. Mimicking a Hollywood blockbuster in terms of draw and media attention, Halo 3 literally printed money and kicked off the new era of big-budget, blockbuster titles that we all know and love as standard operating procedure in the video games industry today. Next time Call of Duty causes streets to shut down, you can thank Halo 3 for kicking off that tradition.

One thing that Zelda games never lack is quality. The other thing is variety. Phantom Hourglass on the Nintendo DS borrow The Legend of Zelda: The Windwaker’s graphical art style to great effect. While people may be divided on whether or not The Windwaker’s cartoon appearance suits them, on the portable it’s amazing to look at and play. Another awesome aspect of Phantom Hourglass is how much it takes advantage of the stylus and microphone support on the Nintendo DS. This game, more than others, really incorporates all of the bizarre functionalities on the Nintendo DS and is a study in not only iteration but also how to do things the same but differently.

Really, there’s no other game that could occupy the top spot on this list other than the game that has emerged as one of the best series in all of gaming. While not quite the quality one finds on The Witcher III, the original 2007 version is where it all began and is an amazing game in its own right. Those gamers wanting to experience a bit of history (and a whole lot of lore) should pick this title up because they will find that, even now, the game is one of the best out there.

10 of the best games that featured...

10 of the best cheap PS2 games