The public loves a comeback kid and no one quite exemplifies that idea more than Nintendo, the Japanese games giant that single-handedly helped save the industry back in 1983 with its launch of the Nintendo Entertainment System.

Though the company’s influence in the industry waned somewhat after their initial rise, the Big N remained a relevant, if diminished, force for years after the Super Nintendo, suffering through cartridges and little discs until, finally, the company struck gold again in 2006 with its release of the Wii, a motion control-based console that put the company back on top of the console wars competition and showed the world all the reasons why you don’t count Nintendo out. In fact, the Wii is surpassed only by the Game Boy and DS portable systems in total units sold, making it the most successful console in Nintendo history so far.

Utilizing a unique controller scheme wasn’t the Wii’s only innovation, however, as the console also churned out hit after hit, all of which were based on some kind of Nintendo property from the past. Truly the stars seemed to be in line for the company as the Wii is the first console since the NES to receive not just one but two major Mario releases as well as Legend of Zelda titles.

As you can expect, a lot of familiar names show up – more than once – in the top 10 list. But rather than be upset at the lack of new IP one should only consider that for two console generations Nintendo languished under more powerful rivals and the Wii was the company’s “hail Mary” pass to re-establish its relevance.

Not only did the gambit work, it proved extremely successful and the Wii’s fans remain a vocal force in the Nintendo demographic even now, occupying a space as large or greater than that once held by the company’s fans of its NES, SNES, and Nintendo 64 systems. That said, a lot of this list should be familiar to fans of those systems and that shouldn’t come as a shock – after all, it is Nintendo. 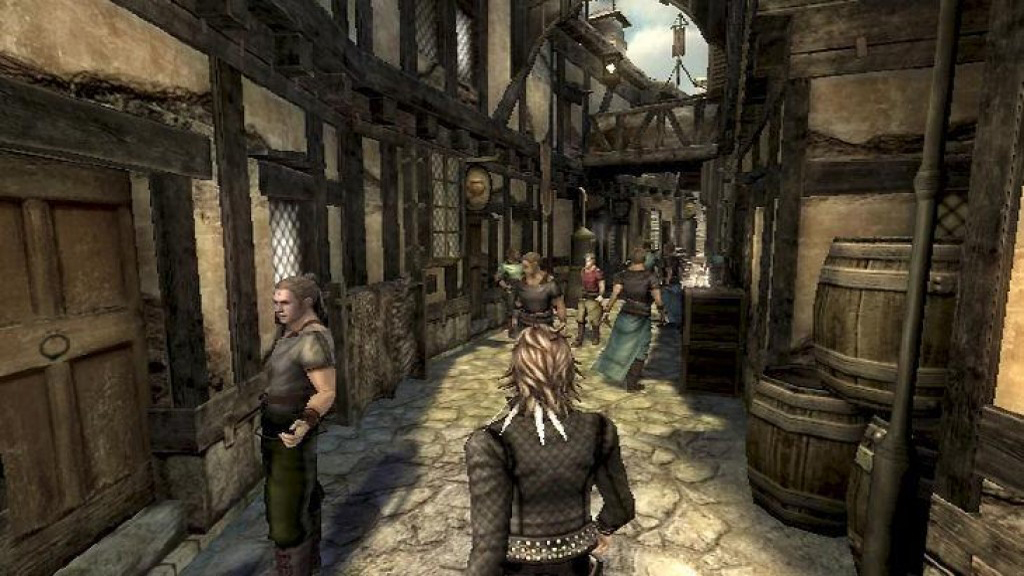 From the developer Mistwalker, The Last Story is a Japanese role playing game done in the classic style of Final Fantasy’s own Hironobu Sakaguchi and featuring gameplay and mechanics that would be right at home in the best from Square Enix. Featuring a cast of memorable characters with well-developed storylines and compelling in-game narratives, The Last Story is the rare game on the Nintendo Wii that both evokes the JRPGs of the past and is thoroughly modern at the same time. Sadly, it is also one of the few RPGs to be released for the system, though it is certainly one of the best. Players that need to get their high-fantasy fix on Nintendo’s system should look no further than The Last Story from Mistwalker, a charming game that takes advantage of the Wii’s unique hardware and also makes you wonder what might have been had Nintendo not gone with cartridges for the N64 and Square had released the legendary FFVII on a Nintendo console. We would probably be living in a different gaming world indeed.

When it comes to collarations in fight games, no company does it better than Street Fighter’s own Capcom. Tatsunoko vs. Capcom: Ultimate All-Stars brings together the world of Capcom’s video game characters and the Japanese Tatsunoko universe in a free-for-all arcade-style brawl that marries the best of each with Capcom’s universally acclaimed fighting game systems. Filled with secrets, unlockables, and enough techniques to keep even the most veteran fighting game busy, Tatsunoko vs. Capcom is a charming fighting game that really stands out on the Wii.

7. The Legend of Zelda: Twilight Princess Link’s first foray into the world of high-definition graphics, Twilight Princess stands out in the Zelda oeuvre for being on the of the “darker” and more “mature” titles in the series of games. With a storyline somewhat darker than previous games and graphics that more closely the “realism” so many gamers had begged for out of the Zelda series, beginning with the Legend of Zelda: Ocarina of Time for the Nintendo 64, Twilight Princess marked Nintendo’s shift into the more modern era of cinematic storytelling in games as opposed to the “read the tea leaves” style of narrative the company tended to prefer. You can see the influence of Twilight Princess in games like Breath of the Wild today. Originally planned for the Nintendo Gamecube, the switch to the Nintendo Wii marked the first time a console debuted with a Zelda title rather than a Mario game. Of course, given that both the Wii and Switch have launched now with Zelda titles and enjoyed immense success, we can be certain that Nintendo is probably not as nervous about launching a system without a Mario game as they would have been in the past. 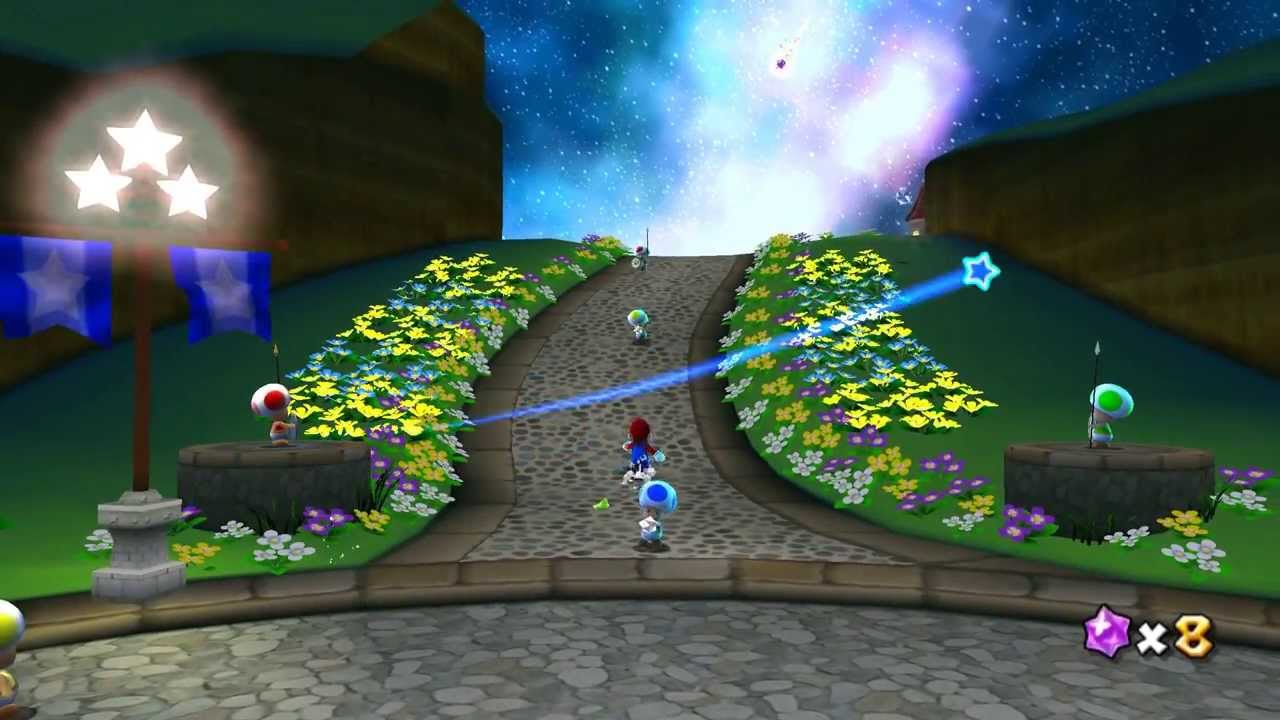 If a compilation game makes it to this list you know it has to be good. In the case of Retro Studios’ Metroid Prime Trilogy it is not only good but among the system’s best. Combining all three previously released Gamecube installments in the Metroid Prime series, the Trilogy takes you on a first-person adventure with Samus as the classic gameplay of older Metroid games is transformed in this action-heavy and narrative-intense entry in the series.

Fans of Nintendo know to expect a Smash Bros. game on this list and here it is. If you’re a fan of Nintendo’s unique take on a fighting game then the Wii version is probably already quite familiar to you. For those of us not in the know, however, this title is a solid game and serves as a great introduction to the series if you’ve not played it already.

More of the same? Yes and no, because Super Mario Galaxy 2 takes everything you love about the first game and piles more of it on top. If you ever found yourself wishing that Nintendo had made a sequel to Super Mario 64, then Super Mario Galaxy 2 is here for you. Not only did the Big N turn this title to markets in double time but also it served to solidify Nintendo’s growing dominance over the PS3 and Xbox 360. Rather than rest on their laurels the company turned it up another notch. Super Mario Galaxy 2 is that notch and, if you had to pick one, we’d go with the sequel any day of the week.

1. The Legend of Zelda: Skyward Sword

“Are there two Zelda games on one list?” Yes, as well as two Mario games – if these two facts don’t give you some impression of just how much of a titan the Wii was, then you probably need to just go see for yourself. When it comes to experiences crafted specifically for the Wii, however, few beat Skyward Sword for its innovative gameplay, engaging narrative, and beautifully realized world. In this installment the action and gameplay of Zelda takes to the skies in a style that is markedly different from the other games in the series. This was alienating for many people but makes sense given the Wii’s unique control scheme. Since Twilight Princess was, ostensibly, a Gamecube game that happened to launch the Wii, Skyward Sword had to be an experience built for the console from the ground up and it shows.