Have you ever wanted to play a wrestling game as one of the iconic cast members from Fox’s long-running sitcom The Simpsons? If you answered “yes” to that question, then The Simpsons Wrestling is the answer to your prayers. A strange title released by Electronic Arts in 2001, The Simpsons Wrestling features 20 characters to select and places players in bouts with everyone from Homer to Apu. Adding a bit of charm to the package is that the original voice cast lends their talent to this strange title which sports a graphical style reminiscent of the show’s animation. But, really, the whole experience is quite strange, which is par for the course when it comes to The Simpsons’ licensed video games.

If you’ve played Konami’s beat ‘em up for the arcades released in the early 1990s, or one of LJN’s abysmal titles for the Nintendo Famicom (among others), then you know that The Simpsons has a rough track record when it comes to video game installments. The Simpsons Wrestling does little to change this track record, although it does win significant points for at least trying to capturing the style and spirit of the show. Thankfully, it was the only The Simpsons game released for the PlayStation console.

Now, on with the bad news. This game is quite terrible. In fact, in the wide-ranging pantheon of The Simpsons titles, this one actually wins merits for outdoing its siblings in new areas of awfulness. While guised as a traditional wrestling game, it is more akin to a beat ‘em up, which makes it all the more sad because it recalls Konami’s masterful arcade title but in a traumatic way – like remembering better times while in the midst of despair.

If the gameplay doesn’t win you over, which it won’t, then there really isn’t much else to bring you into the fold either. The Simpsons Wrestling is either ludicrously easy or tediously difficult – pick your poison. On top of it all, the player can never really gauge whether or not they’re making progress or mastering the game in any real way. Indeed, this has led some critics to label it one of the worst games of all time, but that might be a bit of a stretch. 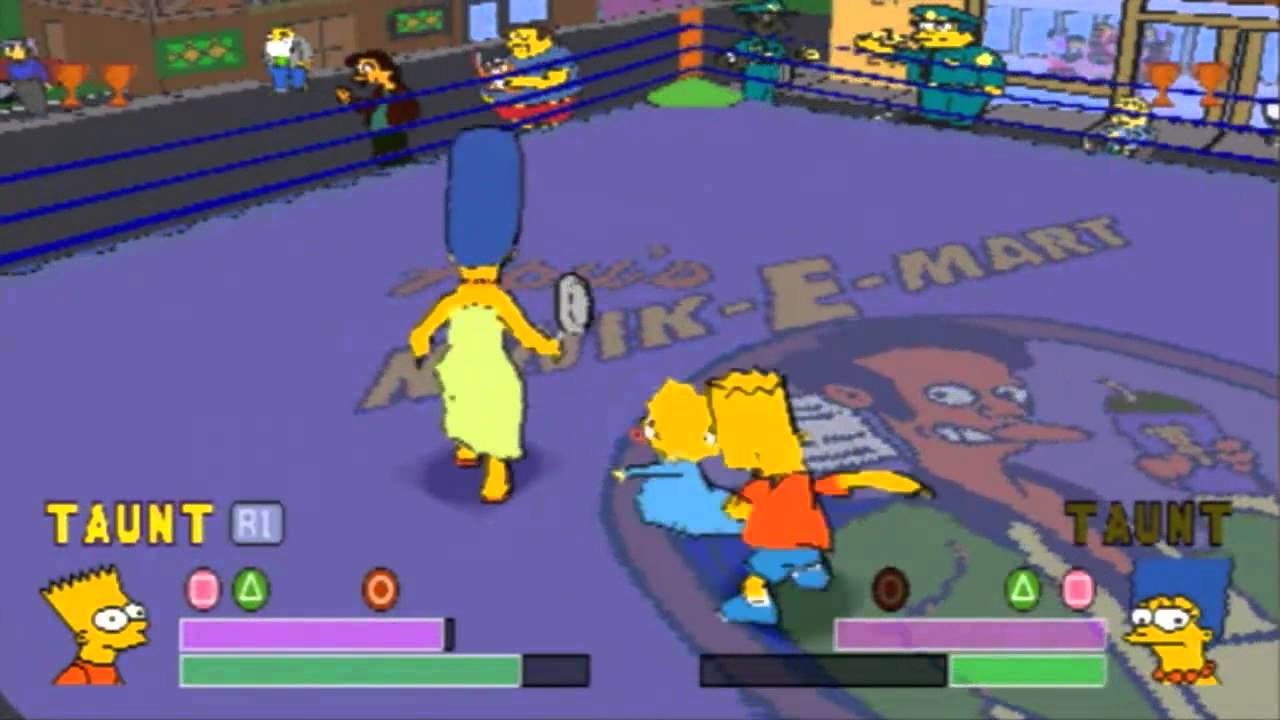 The Simpsons Wrestling fails as a wrestling game, and is a somewhat mediocre representation of its namesake brand in the process. So what gives? Well, The Simpsons Wrestling, again, comes from a long line of misunderstood The Simpsons games and does little to clear the air. One thing that remains true is that longtime fans might find a lot to enjoy in this title but it will remain a curiosity piece for most gamers.

How PlayStation’s Graphics Have Changed Over 25...

Why I Love: DOOM (PlayStation)