While sticking mainly to its 2D roots, The King of Fighters series never hesitates to innovate and explore new concepts in fighting games, some of which work and others that fail to catch on but remain quality efforts nonetheless. For those unfamiliar, The King of Fighters is a team-based fighting game, allowing players to choose from the characters selected from SNK’s popular fighting titles – mainly Art of Fighting and the Fatal Fury series.

The game was originally released to arcades and the Neo Geo in 1999 with the Dreamcast iteration, subtitled “Evolution,” being a remake of this original game. The Dreamcast remake features new “striker” characters as well as connectivity with a Neo Geo Pocket Color mini-game, The King of Fighters: Battle De Paradise. Points accrued in Battle De Paradise could be used to level up the new strikers in the game – a nod to inter-gaming connectivity that is more commonplace now but a radical concept back then. This Dreamcast remake was later included in the PlayStation 2 The King of Fighters NESTS Hen compilation disc.

Unlike previous entries in The King of Fighters series, this game has four characters from each team instead of three, with the fourth character being a “Striker” character that the player can summon during the match to perform a powerful special move against the opponent. The player has a “Strike Bomb” counter that determines how many times during a match this special “Striker” character can be summoned, adding a hint of strategy to the game that is unique and different from other SNK titles but reminiscent of the Marvel Vs. Capcom series of games from fellow Japanese publisher Capcom.

While The King of Fighters ‘98 featured two fighting styles, Advanced and Extra, The King of Fighters ‘99: Evolution removed this to the chagrin of many fans. Instead the player uses a fighting style loosely modeled on the advanced mode from the previous game, a mode that sees the player fill a power gauge by performing special moves and attacks during the match. The power gained by using these special attacks gives the player energy to use either Counter Mode or Armor Mode, offensive and defensive stances respectively. In Counter Mode, players have access to super special moves as well as cancellation moves. In Armor Mode, players have increased defensive capabilities but at the sacrifice of the ability to use super special moves.

This definitely changes the player strategy up a bit, and some players don’t think it’s all for the better; however, The King of Fighters ‘99: Evolution is easily one of the best 2D fighters on the Dreamcast, a feat not easily achieved given the system’s quality library of 2D fighters.

As with other games in the KOF series, The King of Fighters ‘99: Evolution contains the same iconic characters and convoluted storyline to follow, two things that really help the game stand out, even now, in a crowded sea of fighting games.

Players that like charm and pizzazz, as well as a deep fighting game, can do little better than The King of Fighters ‘99: Evolution for Sega Dreamcast. In fact, the game was recently released on the Nintendo Switch’s eShop for those players who still haven’t given it a shot. Now’s better than ever to give it a try. 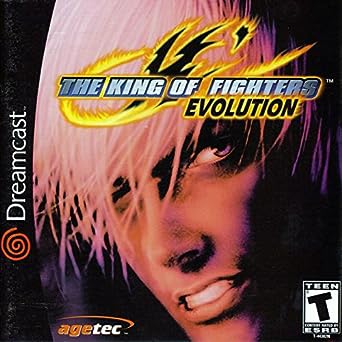