1989 was quite a year in gaming – one of gaming’s biggest, in fact. With multiple console releases and a slew of now-classic games, 1989 was a great time to be a video gamer. Arcades still provided a lot of the fodder for home console releases and the Nintendo Entertainment System was just hitting its stride around the world, proving that console gaming could succeed in the wake of the Video Games Crash of the early 1980s.

Not only that, but PC gaming was on the rise and, after Nintendo’s introduction of the Gameboy, portability was becoming all the rage. Here are ten of the biggest events of 1989 in video gaming;

The Nintendo Gameboy was a landmark achievement in videogame history. Never before had such a powerful and affordable device made itself available to consumers. While Tetris proved the console’s generations-spanning appeal, it was Super Mario Land that cemented the Gameboy’s prowess as a serious gaming console.

Mario in miniature brought the joy of the NES blockbuster to the road, and the world was never the same since. Now a portable gaming giant, Nintendo’s initial foray into handheld gaming was risky and fraught with hiccups. But thanks to their pioneering efforts, portable (now, perhaps, mobile) gaming is one of the three pillars of the industry today.

Another landmark in 1989 was Nintendo’s release of Enix’s JRPG spectacular, Dragon Quest, for the Nintendo Entertainment System.

Prior to the NES, video games were a relatively shallow affair, particularly those available for the home console. Many gamers’ first introduction to the genre was through Dragon Warrior, and while the series has never had the success of the Final Fantasy brand in North America, Dragon Warrior was nonetheless a landmark achievement in storytelling, gameplay, and ambition.

While imported media from Japan is a common thing today, back in 1989 it was a much rarer event. Bringing Dragon Warrior out of Japan was one of the more prescient moves that perhaps signaled the wider trend of Japanese culture beginning to export itself to the world.

One of the titles that sank the industry during the big Video Game Crash was E.T., the game based on the popular movie of the same name.

E.T. was a phenomenon at the box office, roping in entire families to go to the theater to see it. Of course, like most blockbusters, a video game adaptation was planned. This release was one of the biggest failures in video game history and nearly torpedoed the whole industry. Licensed properties in videogames had never enjoyed the greatest respect, but E.T. made sure they were loathed by those who remembered history.

Cheap, shallow, and developed as instant cash-ins, a lot of licensed titles fail to live up to the quality of the property they use for inspiration. This was not the case with Ducktales. Ducktales on the NES from Capcom is one of the best licensed games of all time, a true recreation of the spirit of the popular Disney cartoon in home console format.

Showing that, yes, licensed games can be great, Capcom went on to use other Disney properties to great success throughout the NES era but most fondly remember Ducktales, the game that proved licensed properties could be just as good as pure videogame properties.

It’s hard to stress how important the city building simulation was for the early PC gaming community. A runaway smash hit for publisher Maxis, Sim City not only put PC gaming on the map for many people but also spawned a whole series of Sim titles that persist to this day. Putting the player in charge of a city and all that entails, Sim City was an in-depth experience unlike many others in 1989.

Without any true ending, the game was whatever the player made of it, whether shooting for a large bustling metropolis or a small hamlet, the game was capable of accommodating a wide range of play styles. Iterated upon and released across multiple platforms, Sim City on the PC started it all in 1989. 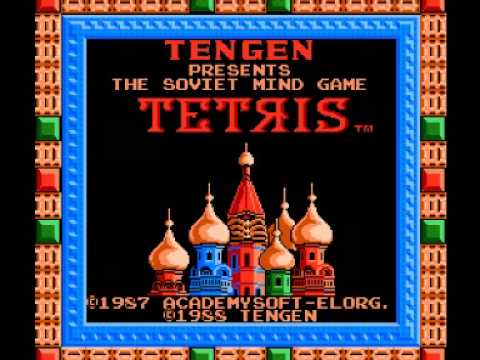 The unlicensed game that challenged an industry. Many who are aware of video game history know about Nintendo’s more litigious days during the NES’ lifespan.

One bearer of the brunt of that approach was Atari, specifically Atari subsidiary Tengen, the name the company used to release games on Nintendo’s wildly popular NES. What happened is Nintendo scored the rights to a little known game from Eastern Europe that had the underground gaming community there abuzz.

This title, an experiment from a Soviet laboratory, was called Tetris and Nintendo thought it would be perfect for their new handheld system, the Gameboy. Another big name chasing the rights to Tetris was Atari. Through a series of convoluted machinations, Atari somehow lost the rights to produce Tetris for the NES but held it for other formats. Not one to be outdone by Nintendo, Atari then schemed to develop a type of cartridge (the distinct black NES carts you see in retro gaming stores) to bypass Nintendo’s certification process thus releasing their games on Nintendo’s system without the “official seal of approval.” Of course, Nintendo took Atari to court and won their case. Tengen’s unlicensed, and some would say superior version, of Tetris is a symbol of this court case and time period in video game history.

If you had a Windows PC in 1989 you know you had limited options when it came to built-in games. After exhausting Microsoft Paint, what’s a gamer to do?

Thankfully two iconic releases came out for Windows in 1989 that accompanied nearly every release of the OS since. We’re talking about Minesweeper, the impossible puzzle game where you avoid hidden mines, and Solitaire, PC gaming’s most iconic single-player card game. While not the most dynamic options, they were leagues beyond the nothing that usually accompanied Windows PCs before they were developed.

While few gamers mastered Minesweeper, most know what it is and who hasn’t played a game of Solitaire? Thank you, 1989, for making Windows OS PCs less boring. 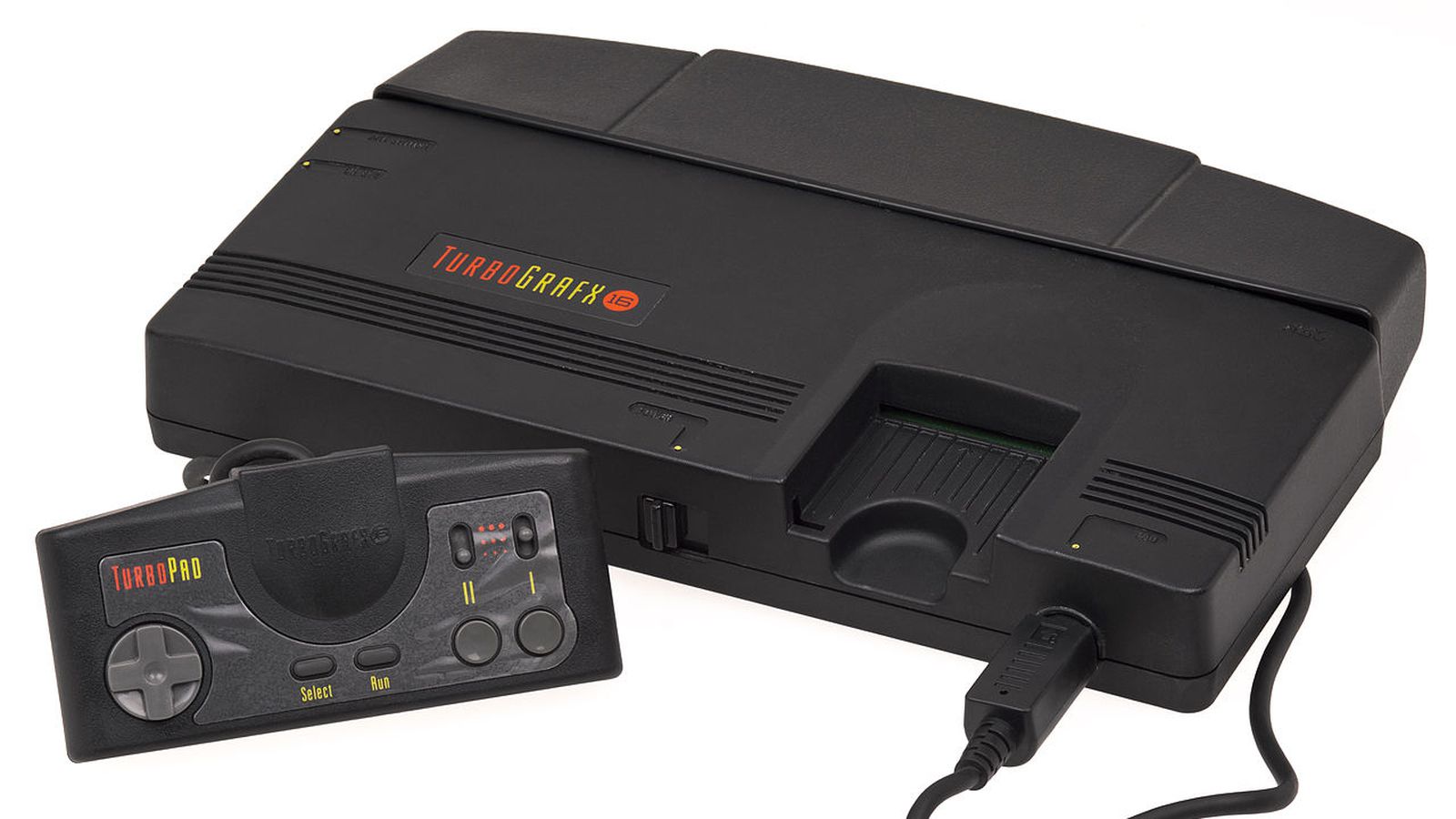 Just like the Nintendo NES succeeded in the wake of the failure of the videogames industry after the crash, the Turbo Grafx-16 showed that home consoles were back, profitable, and a hot thing. Joining Sega in challenging Nintendo’s dominance, the Japanese PC Engine was an amazing piece of kit that used technological innovation to get the most out of its hardware. Beautiful games dominated its roster and excellent titles that are now classic dominated its library.

Though a challenger to the Nintendo and Sega machines in every way, NEC’s Turbo Grafx-16 never took off like the Genesis or Nintendo. By the time the SNES rolled around, it was curtains for this experiment but not after it put some great software into the market.

The release of the Gameboy was a big deal, but Atari’s entry into the handheld market is a big deal as well for two reasons: It proved portable gaming was the hot new thing and, in many ways, it was the beginning of the end for Atari as a console manufacturer. After the Lynx came the Jaguar, Atari’s last home system.

While comparable to the Gameboy and more advanced technologically, Atari’s Lynx was held back by poor battery life and first-party support that didn’t resonate with a wider gaming audience. Long story short, Atari didn’t have the mojo they used to have and it showed with the Lynx. While the system was short lived, it did have some amazing games and is fondly remembered for bringing cutting-edge graphics to a portable venue.

Nintendo’s dominance in North America was relatively unchallenged until the arrival of the Sega Genesis in 1989. Sporting arcade-like graphics and home ports of hot arcade titles from the console’s mother company, the Sega Genesis provided a worth challenge to Nintendo’s hegemony and created a duality that existed in home consoles until the arrival of the Playstation. Home videogames was always a Nintendo or Sega affair, but it all began in 1989. Even though Sega’s Master System had excellent games, it never quite caught on with audiences in North America.

The Genesis did, however, and after Sonic the Hedgehog was released, Nintendo was sweating bullets to keep Sega at bay. This saga began in 1989 and ended with the Dreamcast’s death in the 2000s.

Nintendo’s release of the Gameboy is perhaps the one way 1989 connects with today. The Gameboy was not the first portable system, nor was it the most advanced, but it was easily the most ubiquitous.

Coming at a time when Nintendo’s ascendancy was unquestioned, the Gameboy offered gamers the chance to replicate their home console experience on the road. Games from Nintendo’s stable of marquee titles bolstered a technologically competitive and affordable piece of hardware that was paired with a launch title, Tetris, that many consider to be the best videogame of all time.

The stars aligned for the Gameboy and it helped kick off mobile gaming all the way back in 1989.