Forget Breath of the Wild and Super Mario Odyssey, they don’t know what’s up. The best game out right now, and possibly of all time, is Super Table Flip.

Not heard of Super Table Flip?

Called “Japan-style stress relief” by Wired magazine, Super Table Flip is an arcade game in Japan with one very simple, yet compelling objective. Games critic Jim Sterling called it the best arcade game ever made. And this isn’t because of bleeding-edge graphics or some kind of cinematic plot.

It all boils down to concept, namely flipping a table like only a real housewife could do. Flip the table for maximum dramatic effect (and points). Released by Japanese arcade giant Taito in 2009, Cho Chabudai Gaeshi! is a very simple concept but amazingly compelling in execution. 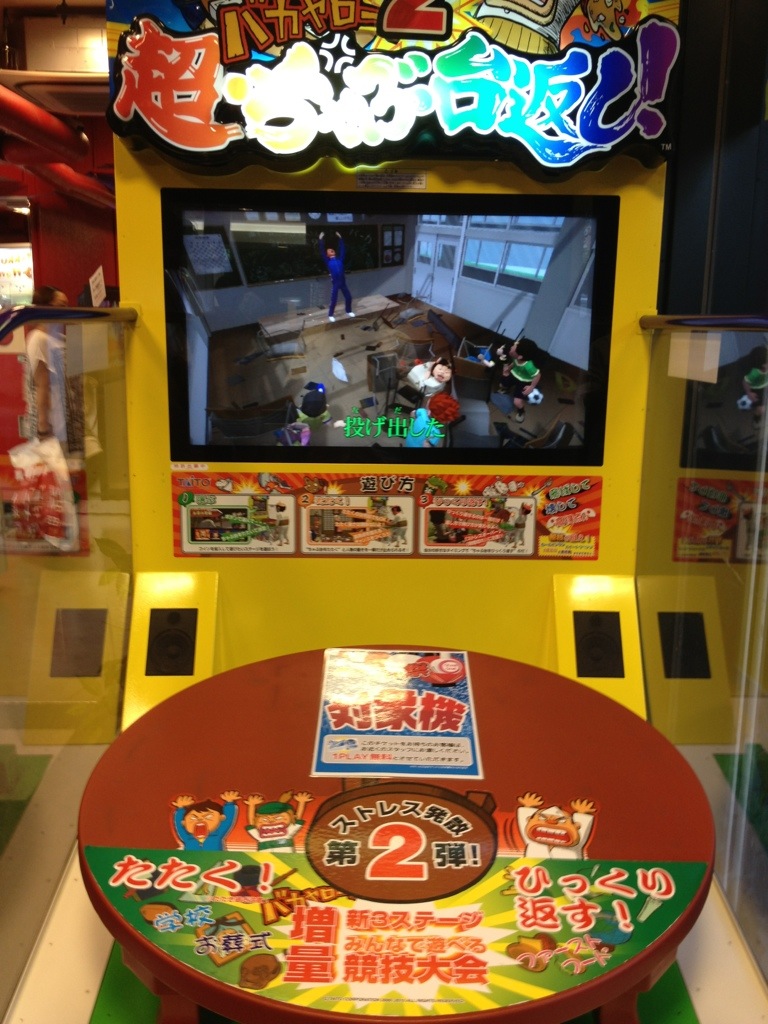 If you’ve never visited a Tokyo arcade, then you’re missing out on one of the most vibrant, and some would say bizarre, gaming scenes on the planet. In a demonstration of the challenge “turn everything into a game,” Tokyo’s arcades feature a range of gameplay concepts that is both bizarre and breathtaking. Arcades are still a thing there, and it’s easy to see why with games like Super Table Flip. You see they attract gamers to arcades by providing experiences a gamer could not have at home without a lot of compromise or personal expense. You know, how arcades used to do before the advent of ubiquitous, powerful home consoles and PCs.

Back to Super Table Flip, you start the game by joining your family for a meal. As the meal progresses, you follow prompts to hit and make motion on your end of the table, culminating in a dramatic table flip that tosses all of its contents across the room and smashes into a Nintendo Mii-looking housewife and family. You flip over a traditional Japanese table called a chabudai in the game, hence the Japanese name Cho Chabudai Gaeshi!.

More by us:  Arcade Hall of Fame: Taiko no Tatsujin

But this is not the only scenario players will face – you can also face meals with unpleasant coworkers, a bride at her wedding, or a guest at a host club. The best thing about Super Table Flip is that it’s not the only game in the series. Oh no, my friends, you read that right – Super Table Flip is a series now. Cho Chabudai Gaeshi 2! offers more of the same action as the first one with additional scenarios thrown in for extra dramatic fun.

The only sad part about the whole thing is that the arcade game is a Japan-only title as of publication. You could possible experience it at an arcade specializing in imported cabinets but those are so few and far between that it is not viable advice to suggest look for one. You might have to instead sate your appetite for table flipping goodness by watching videos of Cho Chabudai Gaeshi! on YouTube – or you could get a plane ticket to Tokyo and make the pilgrimage to Japan’s arcades yourself.

The only way to truly understand this game is to watch somebody play it in an Arcade!

Kicking it the oldest of old-school with...