The descriptive phrase “NES hard” attempts to convey a level of difficulty found in a video game that neither adheres to the game’s internal logic nor is predicated on a player’s skill. From dive bombing birds to sine wave flying medusa heads, classic 8-bit games threw every trick in the book at players of early platforming games and chief among them was Tecmo’s Ninja Gaiden series. Renowned for its difficulty even today, the Ninja Gaiden series never lost this spirit of frustration when it made its way to the PlayStation 3 and Xbox 360 in the form of Ninja Gaiden Black. 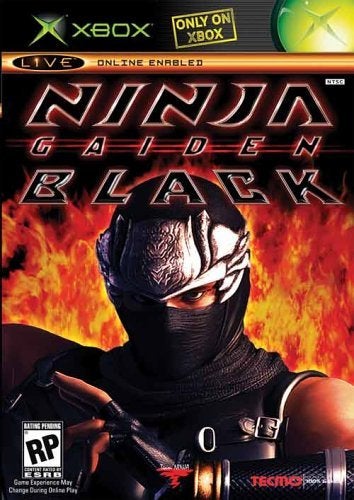 This modern take on the classic series puts series hero Ryu Hayabusa at the center of a 3D world as laden with traps as the NES stages of yesterday. Beloved (and hated) for its trademark combat, Ninja Gaiden Black both rewarded and punished experienced players the further they got into the game.

While it would be nice to call Ninja Gaiden Black “NES hard,” the title is truly in a league of its own. When development began on the game the initial plan was for the team to reimagine the NES classics in a 3D environment. Eventually this transitioned into Ninja Gaiden Black and its sequels being prequels to the original series that debuted on the NES though much had changed since those titles came out.

Set in the Dead or Alive universe, Ninja Gaiden Black hews more closely to series lore than games in the past though none would confuse the game for being narrative heavy or plot driven. What is important about this fact, however, is that Ninja Gaiden Black owes a lot of its gameplay concepts to the Dead or Alive series’ unique fighting game system. Ryu Hayabusa comes armed with a move set and can move in complex ways like a character from a fighting game. Mastery of this is not only essential for progressing but also necessary.

The game doesn’t shy away from killing you at every turn and it is not above cheap deaths. These kinds of frustrations will be novel experiences for modern players but should be familiar to gamers from the 8-bit era. It would be tempting to compare the difficulty to Dark Souls or Bloodborne, but this would be overlooking a central tenet of Ninja Gaidens’ difficulty which is chaos – that is, sometimes it seems like the game takes you down for no other reason than to do so, making the avoidance of death less a matter of skill and more a question of whimsy.

Gamers that pride themselves on mastering a game’s mechanics inside and out might find such randomness frustrating in a way that is hard to describe because it is neither a compelling element nor a necessary one. Overall a great game, Ninja Gaiden Black can be so unbelievably difficult at times that gamers are more likely to give up than they are to continue playing, which is a shame given the unbelievable quality this game brings to the table.

Indie Heroes: Flea! will get you hopping...