Few sports stars have risen to the heights and plunged to the depths that the career of boxer Mike Tyson has weathered – everything from sexual assault allegations to bankruptcy to biting off an opponent’s ear, Mike Tyson’s story has never been what one would call dull.

Which makes his appearance as the title figure for a Nintendo Entertainment System game all the more odd. Why would family-friendly Nintendo pursue such a relationship with a figure that was perpetually in the headlines during the 1980s?

While that question may never be satisfactorily answered, the result of this collaboration, Mike Tyson’s Punch Out, is one of the best, and most challenging, games on the system, spawning a series of games by Nintendo that last saw an outing on the company’s Wii system.

Produced by Genryo Takeda for both the NES and arcade formats, Punch Out’s release in 1987 marked one of the first sports titles from Nintendo and the first to feature a marquee athlete in the title. There are some differences between the NES outing and the arcade version, mainly consisting of music, an added narrative, the switch from a wireframe boxer to a shorter avatar called Little Mac, and the inclusion of a password system so that players can save their progress.

And thank goodness they can, because Punch Out is anything if not tough. 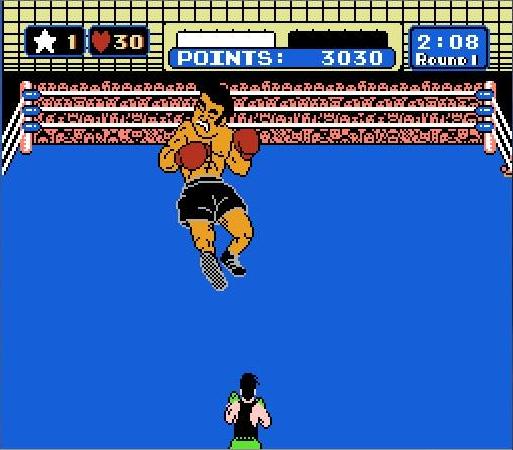 As Little Mac you will face off against opponents from all around the world, each with their own delightfully campy interpretation of national stereotypes. Facing off against challengers like Glass Joe and Piston Honda, Punch Out a thoroughly challenging game that never takes itself too seriously. Not only does this make the title charming but it also gives the player some incentive to continue. After all, if the game offered nothing but pure frustration and no charm, people would likely shy away from it.

More by us:  We don't talk about the Game Boy enough

Each boxer has a strategy they employ and Little Mac has one he can use against each to defeat them. Learning their patterns and movements is a big part of the challenge and a lot of the fun. In particular, the Mike Tyson boss character is quite tough to overcome if you have not already learned his movements. Of course, this pattern also applies to Mike Tyson’s successor and predecessor in the Punch Out final boss lineage, being replaced by Mr. Dream.

This cartoonish approach to boxing would continue in its Super Nintendo and Wii versions, as well as the series’ trademark difficulty.

What impact did Punch Out have on the wider world of console gaming? Aside from demonstrating the promise and peril of attaching a luminary to your title, Punch Out also showed that traditional sports could be reinterpreted for consoles and made more accessible for audiences that may not otherwise enjoy them. Punch Out took boxing, a sport known in the West for its penchant for attracting gamblers, and made it a family affair.

Even after the revelation of Mike Tyson’s various scandals, Nintendo has stuck with the Punch Out series, albeit without him, and we can only hope they resurrect it in the near future.