When it comes to classic titles on the Sega Genesis, none stand out more than Ecco the Dolphin, the video game starring the titular Ecco, a dolphin, who must save his fellow marine life from impending doom in a game that is at turns psychedelic adventure and in others a frustrating case study in 16-bit gaming.

Born out of the 1990s’ drive to survive the disaster that was the planet’s environment, Ecco carries with it a distinctly environmental message that seems heavy handed now but was released in a time of Captain Planet, among other eco-devoted properties, so it isn’t out of place. One thing that always sticks with people that play Ecco the Dolphin, whether they’ve received the environmentalist bent of the whole thing or not, is how damn hard the game can be.

We’re talking tough puzzles, no nonsense in-game combat, and obscure, typically esoteric clues as to what you are supposed to do in the game. Add to all of this the fact that you’re a dolphin and the game transcends quirky and becomes a melange of puzzler, platformer, and adventure title.

Then there’s the story – you see, Ecco is defending the planet for extraterrestrials that are invading, beginning with the world’s oceans. You find this out by communicating with other dolphins and sea life you encounter in the game. This discovery and exploration element is hugely important to Ecco the Dolphin and keeping track of where you are and where you need to go is really difficult, especially given the beautiful yet seemingly repetitive stages that function as set pieces. 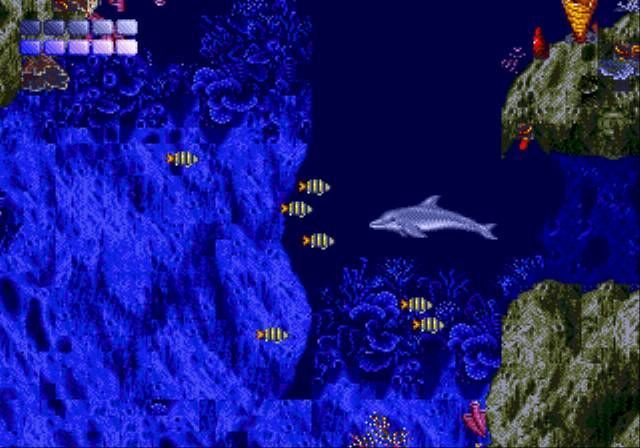 The same button you use for talking to other dolphins, for example, is also used for echolocation – the method by which bottlenose dolphins – and, by extension, you – position themselves within a large space. You’ll need this ability a lot in the game and most of the time you feel like you’re playing a dolphin whistling at rocks simulator than a video game.

That’s not to say that Ecco the Dolphin isn’t an awesome game – it is. But it is very high concept and presents a familiarity and difficulty curve that is nonexistent. You’re literally and figuratively thrown into the deep end and told to figure it out. Of course there is a beautiful soundtrack to accompany your travels and bright, colorful graphics that really push the Sega CD, but all of this belies what is at its core a tough-as-nails game that relies upon memorization and trial and error. 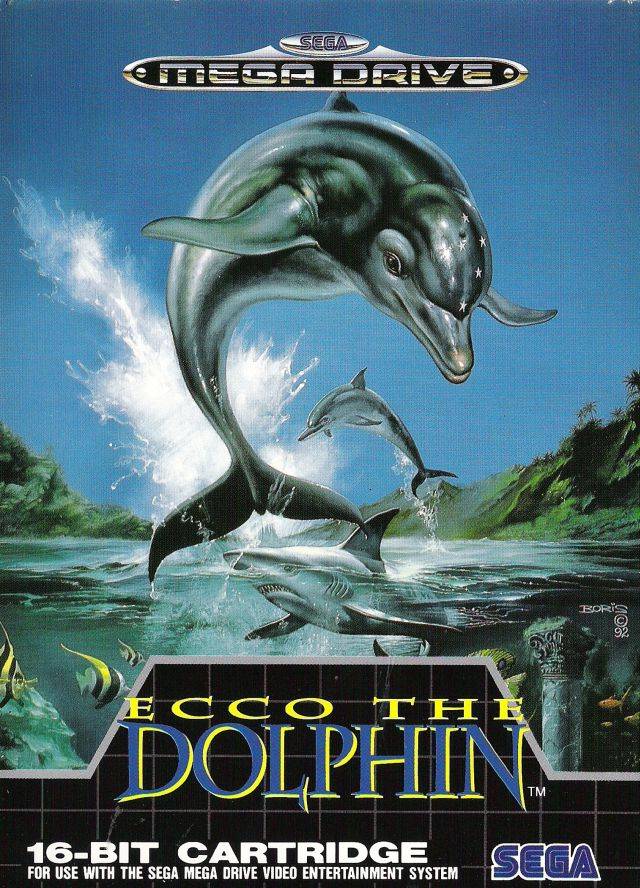 For some gamers, that’s a sweet spot, but for modern gamers Ecco the Dolphin can feel both dated and bland. It isn’t, but this is the aftereffect of an overly high difficulty level that obscures the game’s charm and ruins its potential audience. As many gamers know, devs use to rely upon a high difficulty level so that consumers would feel like they “got their money’s worth” from a game. Many older titles fall into this trap. The only problem is that this gimmick doesn’t age well and, in the case of Ecco the Dolphin, it is best played with a strategy guide if at all.

Beyond the Scanlines checks out Monster Joysticks’...