Playing games with friends brings out some of the most magical moments in all of video games. From the thrill of competition to the joys of besting your opponent, video games, like sports, can sometimes bring the – and worst – out in the human spirit.

That’s why when it came to classic co-op games, many publishers and devs were still getting everything just right. What we mean by that is that some cooperative modes in classic 8-bit games can either have a mode select in which the other player is or is not capable of doing harm to the other player. Imagine this mechanic in today’s first-person shooters and the like. 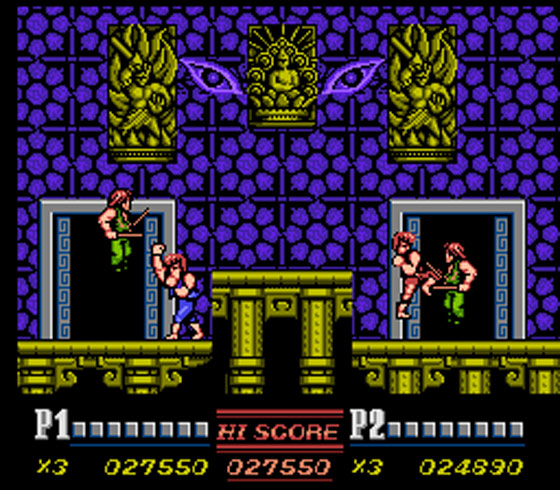 But such was the case with classic beat ‘em up Double Dragon from developers Technos and publisher Taito who released the game to arcades and other formats beginning in 1987.

As Billy or Jimmy Lee, players make their way through side-scrolling stages filled with bad guys hellbent on doing you harm. Chains, bats, and pipes – all of it makes an appearance in this game that later inspired titles such as Final Fight and Streets of Rage, two co-op classics. What makes Double Dragon so unique among beat ‘em up side-scrolling games is that it is a pioneer, in so many ways, of the many mechanics we take for granted in games today.

A steep, uphill challenge in single-player mode, the co-op, two-player mode found in Double Dragon often makes or breaks friendships. After all, if you forget to turn on the correct mode, you and your friend could end up beating each other up more than anything in the game.

This cooperative tradition continued throughout the series and is present in the sequels to the game. Though primitive by today’s standards, the very basic Double Dragon gameplay coupled with the very addictive conceit of beating up random baddies delivered a novel, and even challenging experience. Most arcade fare prior to Double Dragon focused on classic arcade gaming concepts as the advent of Street Fighter II and ubiquitous 2-player fighting games had not yet arrived.

But their coming is heralded by Double Dragon, which also includes competitive survival modes and a primitive, one-on-one fighting game style mode as well in the NES version. Though not in keeping with our traditional notion of a fighting game at all, Double Dragon’s willingness to play around with its format perhaps gave rise to the idea of two players duking it out in an arena. Or perhaps we’re looking too hard in the tea lives for some recognizable shape. 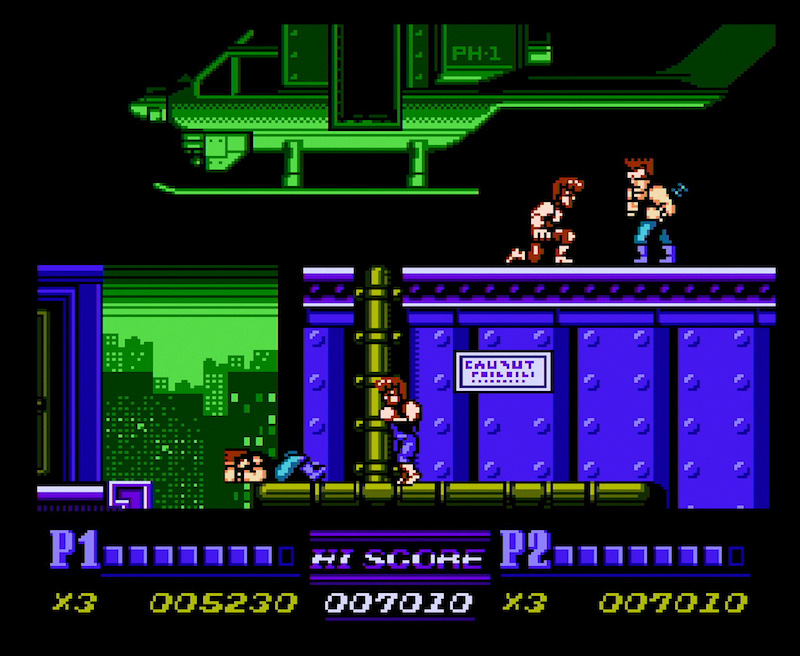 Either way, Double Dragon pioneered both game types and the co-op mode as we understand it. Though baffling today, the co-op modes in Double Dragon helped game devs figure out what worked and what didn’t when it came to what players wanted to be able to do in a two-player match. This of course has gone on to impact a great number of games today, most of which are online. Even with the immense popularity of co-op games, few people are aware that the two-player revolution began in earnest with Taito’s Double Dragon.