It is really hard to imagine just how much of a popular phenomenon George Lucas’ Star Wars was when it hit cinemas way back in 1977. A craze that swept much of the world, Star Wars was beloved by science fiction and tech aficionados alike for it cutting-edge cinematography and timeless depiction of what is more or less a space-based fairy tale.

Giving the world such iconic heroes like Han Solo and Luke Skywalker as well as villains Darth Vader and Boba Fett, George Lucas’ IP was hot, hot, hot even years after it originally came out in the theaters. That partially explains 1983’s Star Wars for the arcade, an amazing game from Atari that made use of groundbreaking 3D vector graphics and put players in the pilot’s seat to take down the Deathstar in what was then one of the most realistic depictions in the video game space of a Hollywood film. 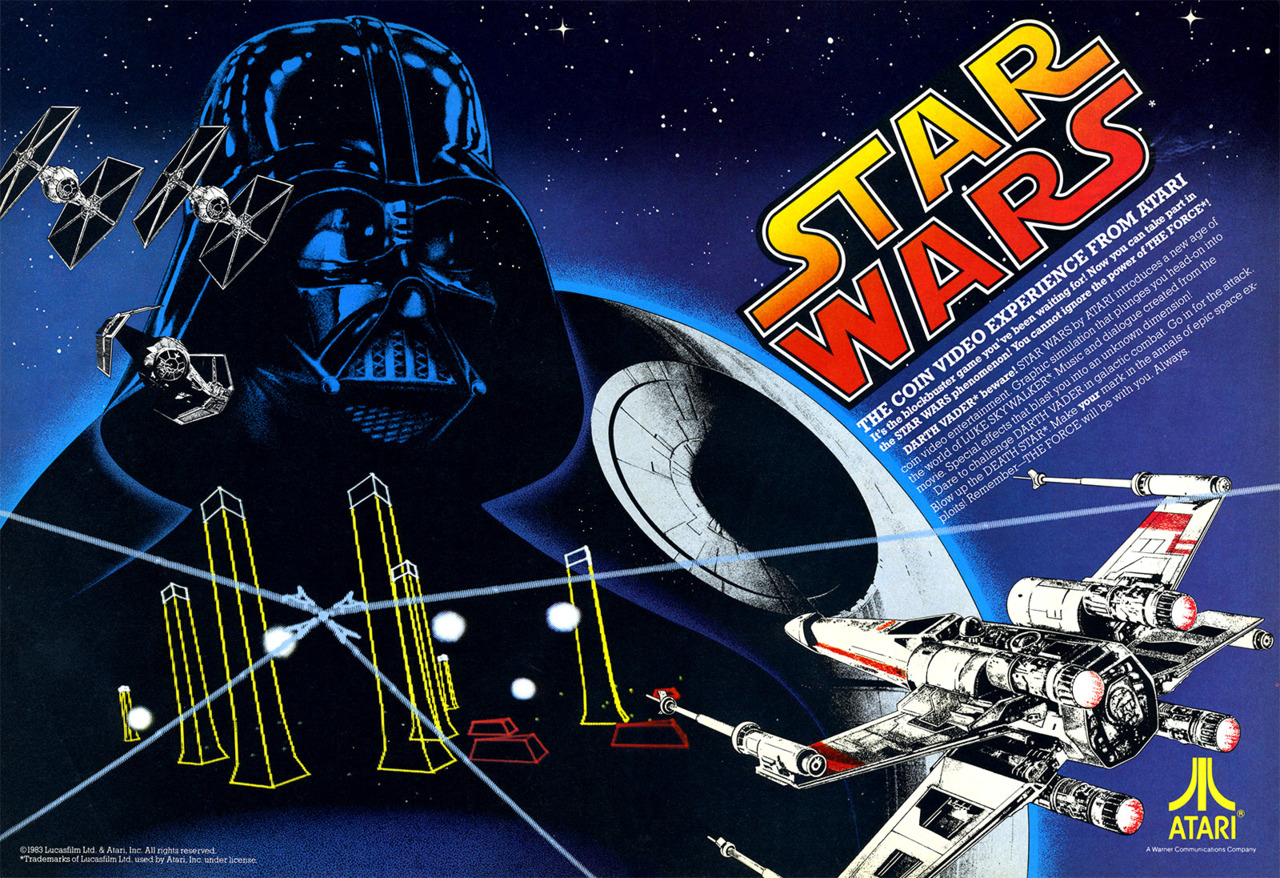 Coming out at the peak of the Golden Age of the arcades and right before the collapse of the home console market, Atari’s Star Wars was a powerhouse that is even today regarded as one of the best arcade games ever made.

It may be hard to imagine Atari as a big name in video games but back in 1983 their name was so dominant in the arcades that movie studios rarely looked beyond the company when they wanted to bring their IP to the market. Though Atari has built an awful reputation for schlock like ET, few people talk about the epic Star Wars game that arrived in arcades across the world in 1983 and gave fans their most robust simulation yet of their favorite movie.

Broken up into three phases, the game keeps the objective simple and does not seek to recreate the entire film’s saga in an arcade cabinet. Focusing instead on the marquee Death Star scene. The arcade cabinet made itself into a spectacle for the time with bright, colorful graphics, a detailed cabinet with huge Star Wars artwork emblazoned on it, as well as advanced sound options that brought the voices of Mark Hamill and Harrison Ford into the smoky arcade using sound samples that were pretty impressive for their time.

What the Star Wars arcade game got right – recreating the Star Wars world for fans of the film – is something that every game has struggled to do and is the secret sauce behind all of the successful titles in this now-long running series.

Given that it is regarded as one of the best arcade titles of all time, what does this mean for modern gamers? In many ways it is difficult to recommend any of the ports of this title as they are quite antiquated at this point. The arcade game, however, if you can find it would probably be an experience worth having. Though we’re certain there are other ways outside of an arcade cabinet that would be ancient by now, it is interesting nonetheless to imagine how transformative the Star Wars arcade game was for the scene back in 1983. It would be impossible to recreate that atmosphere but it would be an experience to see such a thing in the arcades and truly get the feeling, as we’re sure audiences back then did, that the future is here.

Get A Closer Look At The ‘Atari...