A Brief History Of: The Nintendo DS

The empire built upon portables and home consoles, Nintendo today is combining both wings of its house into one gigantic behemoth of a system called the Switch. But, before that, Nintendo was very much devoted to the idea of separate experiences for different environments.

Almost single-handedly resurrecting the home console market with its release of the Famicom in Japan in 1983, Nintendo went from milestone to milestone with the release of the Game Boy and then, later, the Super Nintendo. But it was the Game Boy, far from being the first portable system, that truly popularized the niche – and gave Nintendo one of its most lucrative fiefdoms in the process.

Many have challenged Nintendo’s dominance in handhelds, but none have prospered in that contest. And now that Nintendo has combined both, who knows what the future holds? We can see the beginnings of the Switch with a quirky system that came out in 2004 called the Nintendo DS.

Initially planned as a successor the uber-successful Game Boy Advance, the DS had two screens, a stylus, a microphone, and a slew of games that took advantage of these hardware features. It did take a while for the concept to take off, but once it did, the rest is history. In fact, in the beginning, the DS was marketed alongside the Game Boy Advance because Nintendo was so unsure of the concept’s success. 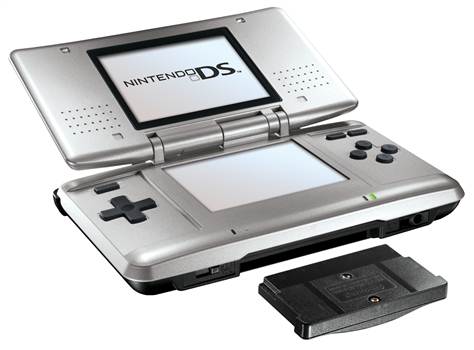 Probably the DS’s biggest selling point as a new, modern console was its use of WiFi to connect players together for multiplayer gaming. Previously gamers had to rely upon link cables local networks to play multiplayer on handhelds, but the DS made it so much easier by giving the system WiFi right out of the box. Compared graphically to the Nintendo 64, the DS received many ports of popular titles from that system but was also backwards compatible with the Game Boy Advance through the addition of a cartridge slot on the bottom of the system. This expanded the DS’s library to immense levels on day 1 and encouraged a lot of Game Boy Advance players to take the plunge. And why not? Since they wouldn’t lose access to their favorite games, the DS was a natural upgrade. 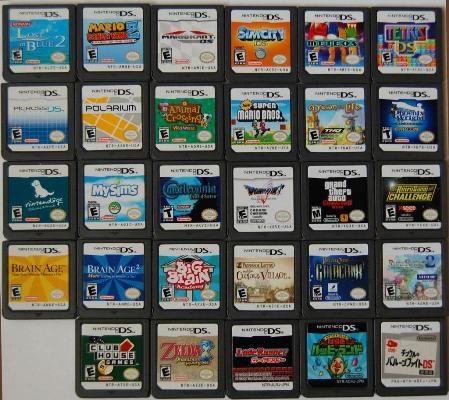 Boy, did they ever upgrade: While the sales for the Nintendo DS were initially slow, it has now racked up a total tally of 154 million units sold, making it the best-selling handheld of all time and the second best-selling console of all time. As Matt Damon says in Good Will Hunting, how about them apples?

In many ways the Nintendo DS kicked off what we now know as modern Nintendo. The Nintendo 64 was an amazing console with a library of excellent games but was held back by a storage format that was behind the times. It seemed to many that Nintendo would never regain their mojo after their vaunted turn to discs, the GameCube, failed to set the world on fire. The DS showed everyone that not only was Nintendo back in the game but that the company would rely upon their innovation and know how to reclaim the throne. The arrival of the Wii sometime later would cement this strategy as a successful one.