Before it became the household name it is today, SEGA was nothing more than an upstart video game developer and publisher with eyes on the throne occupied by Atari then later Nintendo. This neophyte to the home console business had massive success in the arcades, but failed to translate this to its own home console in a big way.

Of course, SEGA’s titles for other platforms were perennial bestsellers and critical darlings alike, but all of this money and prestige went to other makers. The SEGA Master System, the successor to the failed SG-1000 console, was SEGA’s first “successful” foray into the home console market.

It was also the company’s first really big failure. 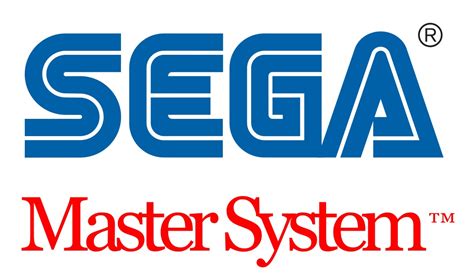 But SEGA transformed after the Master System experience into the titans behind the Mega Drive/Genesis video game system, a device that is typically placed within the top five of all home consoles of all time.

The Master System landed squarely in the third-generation of home systems and originally hit shelves in Japan in 1985 as the Sega Mark III. If you will recall, 1985 also saw the global sensation that was Mario hit in a big way and the rest is history where that is concerned.

Needless to say, this environment was less than hospitable to SEGA’s new console but the company persevered even in the face of this intense home market competition. The console then hit markets in North America in 1986, in Europe in 1987, and in one of its biggest markets for over a decade, Brazil in 1989.

Enjoying sporadic and scattered success, the Master System never quite mustered the global presence of Nintendo’s console but it nonetheless boasted of an impressive library of games in each region, some of which were markedly different than those on the NES.

Being an arcade powerhouse, the Master System’s library was peppered with translations of SEGA’s arcade titles and it is these games that acted as massive sales drivers for the system, particularly in North America.

The later push for arcade-style graphics on a home system inspired much of the SEGA Mega Drive/Genesis’ format and that’s why so many of SEGA’s classic arcade titles look great and work so elegantly on that system. One factor that people often point to in order to explain the relative market failure of the Master System is Nintendo’s onerous licensing rules.

The Big N was a tyrant when it came to IP and typically only allowed companies to release two games per annum, forcing publishers like Konami to develop subsidiary brands such as Ultra Games to publish more titles in a fiscal year. On top of this were strict rules about what other platforms the game could appear on and when.

These strictures limited the Master System’s ability to capitalize on recent hits and thus ultimately limited the console’s appeal. More powerful than the NES in almost every conceivable way, the Master System was nonetheless hobbled by the devil that fells many home console attempts – a lack of software and a concomitant lack of relevance. With the SEGA Mega Drive/Genesis, however, the company did not repeat this mistake.