Released in 1994 in Japan and then later across the world, Sony probably didn’t know the heights to which their then-nascent PlayStation brand would rise but they knew they had a hot product on their hands.

Upending the staid console industry with their arrival, Sony’s expertise in crafting top-end consumer electronics combined with the company’s marketing know-how and media empire resulted in a veritable tour-de-force for the video game world and set the company on a path to dominance that it still enjoys to this day.

As with any system, however, the original PlayStation has a storied development history.

5. The Meaning Behind the Symbols

Have you ever noticed the unique symbols that Sony uses on its controller face to denote the tradition AB XY buttons most console manufacturers use? Instead of those Roman letters, Sony uses a triangle, square, circle, and X instead. The thinking behind this was that the triangle button was going to be used for perspective while the square button would act as a menu access key. X and O for their parts were to be “yes” and “no” respectively. A distinctive look even today, few people followed Sony’s guidelines on these symbols and instead the PlayStation controller just looks like the height of design it is.

One of the most successful consumer products of all time for listening to music, the Sony Walkman helped put the company on the map in many respects and they were hoping lightning would strike twice with the release of the PlayStation Portable, Sony’s condensed take on their PlayStation brand. Using their earlier audio consumer product as a spiritual guide, Sony positioned the PSP to be a top-end gaming machine – and with a price to match. Though it boasted a solid library of titles and sold millions of units around the world, the Sony PSP was no match for the tough competition from Nintendo in the handheld space and it never quite caught on as a result. 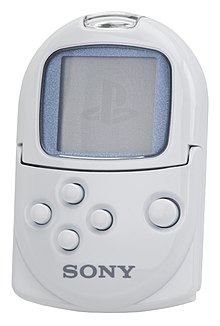 One accessory made for the PlayStation that never made its way overseas is the infamous PocketStation. Capitalizing on the Tamagotchi craze of the 1990s, Sony made their own version of the tiny pocket games by condensing a small, portable LCD PlayStation into a Tamagotchi shell so that users could play minigames made just for the system. A sales sensation in Japan, the product never made it beyond its native shores and games that had compatibility with it built-in were released to the market anyway meaning players could see the added functionality but couldn’t access it.

One of the most noticeable things about the original PlayStation’s games were that the discs were jet black. Though an awesome marketing gimmick in and of itself, the actual reasoning behind this color was for copy protection. Black discs were so-called “official” discs from Sony whereas burned discs, a new thing at the time, would look like regular CDs.

Perhaps the biggest factoid of all about the original PlayStation that continues to enthrall people even now is that the system began its life as a Super Nintendo CD-based add-on that the two companies were working on together. As the tale goes, Nintendo jumped ship and destroyed a relationship with Sony and, in the process, created their single largest competitor.